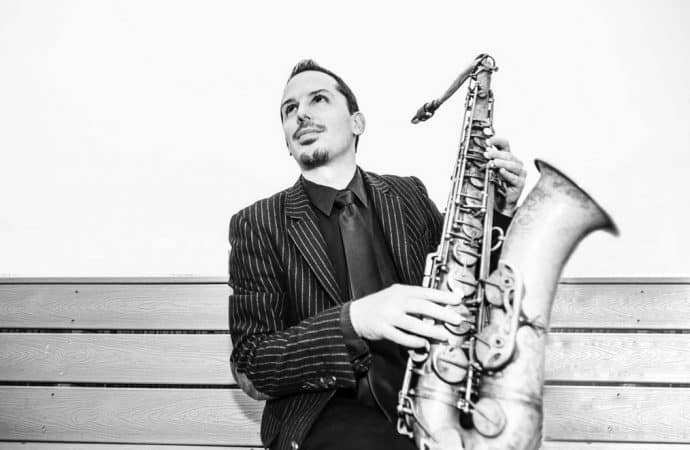 Tree63’s front man puts the whole Christian rock ‘fiasco’ to bed to concentrate on going solo John Ellis just can’t win. The day that I meet the Tree63 frontman and solo artist he’s trying to get his head around the lambasting he got from fans during an interview with Gareth Cliff on 5FM. What was

The day that I meet the Tree63 frontman and solo artist he’s trying to get his head around the lambasting he got from fans during an interview with Gareth Cliff on 5FM. What was meant to be a chat about Tree63’s slate of April shows that marked the three-piece’s first live performances since disbanding in 2008, ended up being an inquisition by fans who were horrified at Ellis’ responses to Cliff’s provocative questions about Tree63 and Christianity.

In particular fans let it be known – mostly on social media – that Ellis’ statement that his band was first and foremost a rock band singing about Jesus, not a church band with a missionary agenda provoked all kinds of nastiness (an example, courtesy of Chris G: “How long will it take for you to gonna realize that you cheated pretty much an entire generation you pond scum.”)

A month later, Ellis himself takes to social media to express his unhappiness that a review of Splashy Fen in Independent Newspapers had neglected to mention Tree63’s performance – featuring Ellis with bandmates Darryl Swart and Daniel Ornellas – at the festival as part of its special 25th anniversary alumni line-up. The gig – which followed three reunion shows in Pretoria and Johannesburg – was by all accounts a cracker, moving Just Jinjer’s Ard Matthews to tweet, “There is just no doubt that Mr @JohnElliscoza is and always will be one of the greatest guitarist ever… Period”.

The Christians take aim at Ellis for not being Christian enough and the mainstream fails to properly notice the band’s achievements because it’s too Christian. As I said, Ellis just can’t win.

It’s a pity, because the un-presupposing Durbanite has managed to forge a career that’s more than 15 years long and includes six studio albums as part of a band, two solo records plus an EP, and a number of awards, among them a 2001 Dove Award for Rock Album of the Year. The latter came off the back of Tree63’s remarkably successful push into the USA at the turn after the century, that started when the band signed with Inpop in 1999. Shortly after the release of its eponymous debut in the States, Tree63 undertook a 40-city tour of the country, marking the start of a sustained career in that hard-to-crack territory.

Looking back, Ellis says Tree63’s success in the competitive Christian music world of the States came as something of a surprise to him.

“When I became a believer in 1996, I had no idea that Christian music even existed as a genre,” Ellis confides. “I was just a rock guy who started writing songs about his newfound beliefs. That meant that, unlike most Christian bands, we didn’t come out of any formal Church background, so there’s no Church history in Tree. At its most basic, Tree63 was very proudly a three-piece rock band, unadorned, with no backing tracks, just the primary colours of the genre. And I’m proud to say that we developed a huge sound, without any smoke or mirrors. I think you can hear this most powerfully on our last record, Sunday!”

Putting their musicality foremost and not having emerged from an established church didn’t prevent Tree63 from being adopted by South Africa’s Christians – as Ellis’s on-air banter with Cliff revealed. Indeed, so charged was the attack on him that a few days later Ellis took to his website to attempt to calm the waters.

Disputing that he never said that Tree63 wasn’t a Christian band during the interview, Ellis wrote, “I tried to make the age-old distinction between a band full of Christians and a ‘Christian’ band. It’s a thorny issue that’s been raging since the very first idea of Christian-themed pop music ever surfaced, and any band that has sung about spiritual things in the secular arena (Stryper, U2, Kula Shaker, Delirious?, Switchfoot, Tree63 etc) has had to field those questions. It can come across as splitting hairs, which is ironic for a bald man to do.” He ended by stating, “Be assured, Tree63 fans: I always meant every word on every song that ever ended up on a Tree63 record. I still do. I’m deathly proud of Tree63, and if you were too, you still can be.”

As much as he yearns for Christian fans to understand the complexity of his world, Ellis wishes too, that the secular music industry would be proud of Tree63’s achievements. “What I find interesting is that we’ve been told by many people in this industry that our success is not legitimate because it’s in the Christian market in the USA. But at the end of the day, when it comes down to industry success, it should be about the numbers – albums sold, miles travelled, shows played. We have had more success in these areas than most but we often get left out of the greater South African music narrative because of our beliefs.”

In fact, there’s a case to be made that Tree63’s timing was all wrong.

These days, South African music is littered with artists who identify themselves as Christian, and are still welcomed into the mainstream. Matthew Mole is one. Gangs of Ballet and Straatligkinders are two others. But when Tree63 vaulted onto the scene in the late 90s they were in the company of groups committed only to the religion of rock’n’roll – the Springbok Nude Girls, Sugardrive, Squeal. In the burst of freedom that the post ’94 period gave even white rock bands, Tree63 were an aberration.

What gets lost in the tricky terrain that Ellis has had to transverse in recent months is that he is a fine songwriter, capable of simplicity and elegance (as heard on his 2012 record, Rural) and of real sonic surprises – like “Waiting To Be Rescued”, a curious but compelling track off his Bush Telegraph EP that features a run down of items that might just make Ellis’ life a little better, among them Rough Trade, Churchill, Dickens, (Jane) Austen, Berlin, Obama, Jameson’s, Cape Town, Obama and Juju.

Still Ellis is unwavering in his commitment to being a musician, whilst undertaking academic work (lecturing, among other things, English as a second language) as a way of sustaining his family. From his Durban base he’s working out ways to keep playing live, to keep presenting his existing music in the best way possible (all six of Tree63’s albums were re-issued in special collector’s packs for the April tour) and, most importantly, to keep making new music. The latter isn’t easy, but, Ellis says, “you can’t stop that process. I’m a singer-songwriter first and foremost. I expected to come out of Tree63 with an entrance into a solo career but that didn’t happen for a bunch of reasons. The Tree63 fans felt generally disappointed and confused so there’s no link there really. But I am building a new fanbase, one new fan at a time.”