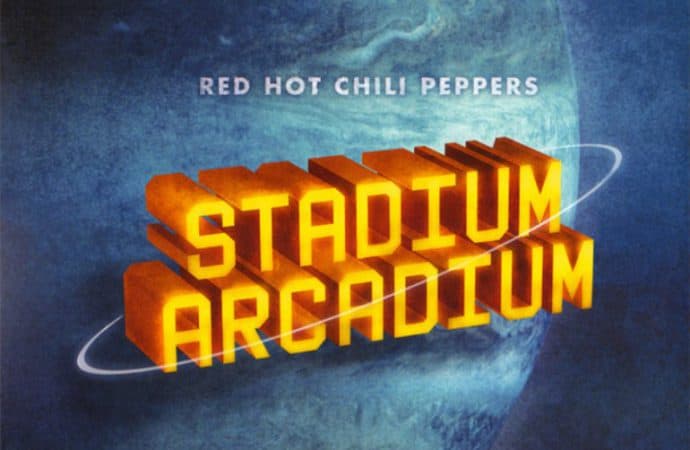 An air of excitement permeated through the grounds surrounding the Soccer City Calabash on Saturday as throngs of fans arrived in cars, taxis, party buses and some even on foot. All eager to catch a glimpse of one of the most successful acts in rock music history. It became evident that the Red Chili Peppers

An air of excitement permeated through the grounds surrounding the Soccer City Calabash on Saturday as throngs of fans arrived in cars, taxis, party buses and some even on foot. All eager to catch a glimpse of one of the most successful acts in rock music history. It became evident that the Red Chili Peppers have managed to transcend all barriers of race, age, gender and creed – with their South African fans, a cornucopia of testament to this.

The sun starts setting and local group The Muffinz take the stage – announcing their presence with an air raid siren. They open the big night with their unique, jazz-fusion, eclectic soul sound – deviating only to do a cover of Bob Marley’s “Turn Your Lights Down Low”.

Soon after The Muffinz’s exit, Rob Forbes and Rob Vember of 5FM introduce South Africa’s rap-rave export, Die Antwoord. A masked DJ Hi-Tek enters dramatically and plays what sounds like eerie Celtic chanting. On either side of the stage a haunting extreme close up of deceased progeria victim Leon Botha (a close friend of the group and the painter behind many of their artworks), is depicted on the monitors – with Botha blinking every few seconds. Shortly afterwards Ninja and Yo-Landi Vi$$er explode onto stage (dressed in matching luminous orange jumpsuits) with their single “Fok Julle Naaiers”. After performing “Wat Kyk Jy?” and “Wat Pomp?” off their debut album $O$, they surprise everyone by bringing Money Mark from Beastie Boys up on stage and together they start pumping the Beastie Boys classic “So What’cha Want”.

Then in an unprecedented event Chili Peppers bassist Flea makes his way onto the stage amidst a deafening roar from the audience. Ninja approaches the bassist: “Yo, Flea! You think you can fuck with something like this?” and he goes on to beat box the rhythm to “Hey Fatty Boom Boom”. Without missing a beat, Flea slaps out the tune on his bass and then continues to play with Die Antwoord on an outlandish cover of The Beatles’ “Hey Jude”. Flea disappears as Yo-Landi emerges out of the wings in her trademark gold spandex for “Rich Bitch”. After they’ve executed Ten$ion‘s “Baby’s on Fire” and “I Fink You Freeky” without a hitch they leave with a simple “Bye-bye” from Miss Vi$$er. But they return for an encore with “Enter the Ninja” – ending their set quite poetically with the song that sparked the beginning of their global career.

Beach balls and condom balloons keeps the warmed-up crowd occupied as they wait for The Red Hot Chili Peppers. And then suddenly without any introduction the stadium lights go out and the whole crowd burst into cheers. Chad Smith starts hitting the drums as the rest of the band float onto the stage and take up their instruments. They open with “Monarchy of Roses”, one of the recent singles off of their latest album I’m With You. With very simple lighting, stage layout, graphics and costume, the Chili Peppers (who have sold more than 60 million albums worldwide) let the music speak for itself for the duration of their energetic performance.

During “Dani California” a shirtless Flea seems to be possessed and made out of rubber as he head bangs while roaming around the stage. Front man Anthony Kiedis’ voice gets drowned out by some 65 000 fans singing along on “Otherside”, “Under the Bridge” and “Raindance Maggie”.

As they make their way through the set list, the chemistry between Flea and guitarist Josh Klinghoffer (who replaced John Frusciante in 2009) becomes apparent – they seem to be hurled into an epic, intimate battle to outplay one another. By the time they are jamming “Look Around”, Kiedis has removed every article of clothing except his pants. The Rock and Roll Hall of Fame inductees continue with RHCP archetypes “Can’t Stop”, “Parallel Universe”, “Suck My Kiss” and “Throw Away Your Television”. Kiedis addresses the audience, “My 5 year old son is looking for a glow stick – if anyone has one, please chuck it up” and then the stage gets showered with a hail storm of glow sticks.

The interaction from then on is kept to a minimum. Eventually Flea professes: “I can’t believe it’s taken so freaking long for us to come here – it’s been so much fun playing with Die Antwoord and making new friends”. Kiedis candidly explains to the front row: “This altitude has me wanting to throw up in your mouth.”

The band seem to end off with “Californication” and “By The Way”, but cannot ignore the encore chants – so Smith returns to do a drum solo. Klinghoffer appears in a Bafana Bafana shirt and Flea walks across the stage on his hands before saying: “South Africa, peace and love and good health to all of you.” They then launch into “The Power of Equality”, followed by “Soul to Squeeze”.

The bands final words? “See you in Cape Town.”

Your email address will not be published. Required fields are marked with *