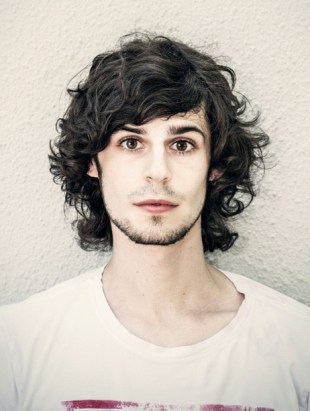 David Meulen heading to Abbey Road Studios after launching his debut album The last time Rolling Stone saw singer-songwriter David Meulen, he was fronting his energetic alternative rock-trio, Dividable Grand, at 2013’s Up The Creek music festival with Lindi Van Blerk on the drums and veteran Schalk Joubert on bass. According to the band’s website, the last gig they

The last time Rolling Stone saw singer-songwriter David Meulen, he was fronting his energetic alternative rock-trio, Dividable Grand, at 2013’s Up The Creek music festival with Lindi Van Blerk on the drums and veteran Schalk Joubert on bass.

According to the band’s website, the last gig they played together was in March 2013 at Dorpstreet Theatre in Stellenbosch before disappearing from the scene. Since then, Meulen started writing and recording his debut solo record with the social-media-friendly album title @davidmeulen.

“I’ve always been a solo musician at heart,” Meulen told Rolling Stone. “Within my old band I tended to write songs alone and then bring them to the band, where they would change dramatically as our collective rock sound came through. I always enjoyed playing with Dividable Grand, live and in studio. However, we all wanted to take our careers separate ways – within the music industry and out. Going solo seemed a natural place to go from there.”

Meulen’s 12-track solo debut features an impressive mix of collaborating artists – with legendary Johnny Clegg-drummer Barry Van Zyl; The Dirty Skirts’ Maurice Paliaga and bassist Kyle Dijkstra; pianist Evelyn Hart and blues-harp king Lonesome Dave Ferguson appearing on a few of the moodier tracks. Close friend and poet Jessi Howell also came in to collaborate on some of the lyrics, as well as creating the characters that are featured on the album cover.

“I have actually [previously] worked with most of the musos who came in to work on the album,” said Meulen. “Brendyn Rossouw of Heritage Sound (producer/engineer on the album) also had connections with a lot of the same musicians, so the choices were all very easy for who was going to play what. They’re all fantastic musicians in their own right, so it was a blast working with them.”

The first single “Remember Me?” off @davidmeulen is a far departure from Dividable Grand’s rock sound. Meulen explains: “The songs I wrote always changed when I brought them to the band … a three-piece rock band is very different from just you and your guitar. So the genre change was probably a lot less noticeable from my perspective than anyone else’s. I’ve been interested in detuned acoustic songwriting for a long while now, it was only a matter of time before an album shaped. ‘Remember Me?’ was the clear single of the album.”

Meulen will be launching the album on Thursday, 24 April at Roodebloem Studios in Woodstock. The launch will also feature a sideshow of sound sculptures by Mark O’Donovan and the oddenjinears titled “The National Sympathy Orchestra”.

After the launch Meulen departs to the U.K. to attend lectures at Abbey Road’s famous Studio 2 with former Abbey Road engineer Ken Scott, who will speak in the very room where he recorded tracks with Pink Floyd, Jeff Beck and The Beatles. There will also be lectures from Brian Kehew and Kevin Ryan, authors of critically acclaimed book Recording the Beatles.

So, how the hell does a young artist like Meulen manage to gain resources to travel to the U.K. and attend lectures at Abbey Road studios? “From anywhere!” says Meulen, laughing. “I’m an Irish citizen as well as South African, so it’s a lot easier for me to travel to the U.K. and Europe. Abbey Road was always going to be destination Number One though! I’m a huge Beatle maniac – a chance to get into Studio 2 cannot be ignored!”