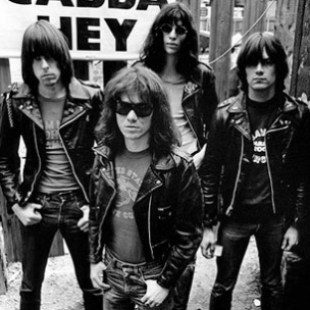 Drummer was last surviving original member of the Ramones

Tommy Ramone, the original drummer for the Ramones and the band’s last surviving original member, died on Friday at the age of 65. A spokesman for Ramone’s family confirmed the news to Rolling Stone.

Tommy Ramone on Birth of the Ramones: ‘It Was Time for Something New’

“Tom died yesterday, July 11, at 12:15 p.m. at his home in Ridgewood, Queens,” Andy Schwartz, publisher of New York Rocker magazine, said on behalf of Ramone’s family. “He was in hospice care following treatment for cancer of the bile duct.” (Schwartz also confirmed Ramone’s age as 65.)

Ramone was a founding member of the family of “brothers” who helped invent punk rock in New York’s frenetic 1970s music scene. Harnessing a powerful combination of short, propulsive three-chord singalongs with playful lyrics on themes of adolescent angst, the Ramones created a durable sound in songs like “Beat on the Brat,” “I Wanna Be Sedated,” “Blitzkrieg Bop” and “Sheena Is a Punk Rocker” that would go on to influence countless later bands.

Born Erdelyi Tamas in Budapest in 1949, Ramone emigrated to America in 1957. He grew up in Forest Hills, Queens, where he began playing music with John Cummings (a.k.a. Johnny Ramone) while he was in high school. The two formed a garage band called the Tangerine Puppets before Tommy moved on to study recording engineering, finding work at the famed Record Plant studios.

In 1974, Erdelyi and Cummings joined together with two fellow Forest Hills compatriots, singer Jeffrey Hyman (Joey) and bassist Douglas Colvin (Dee Dee), and began playing simple, rapid-fire punk under a common surname. The band found a home and an audience at New York’s CBGB and released their debut album, Ramones, in 1976. “Our music is an answer to the early Seventies when artsy people with big egos would do vocal harmonies and play long guitar solos and get called geniuses,” Tommy, who was the main writer on many of the band’s early hits, told Rolling Stone in a feature on the Ramones that year. “That was bullshit. We play rock & roll. We don’t do solos. Our only harmonics are in the overtones from the guitar chords.”

The Ramones’ Career in Photos

Tommy began his career in the Ramones as the band’s manager, but soon took on drumming duty so Joey could concentrate on vocals. He played on the Ramones’ first three studio albums, Ramones and 1977’s Leave Home and Rocket to Russia, as well as the band’s 1979 live record, It’s Alive.

Tommy left the Ramones in 1978 to concentrate on studio work. He had co-produced four albums for the band and would go on to co-produce their 1984 record Too Tough To Die. The following year, he produced the Replacements’ major label debut album, Tim, and in 1987, he produced L.A. punks Redd Kross’ album Neurotica. More recently, he formed the bluegrass and country band Uncle Monk with his longtime partner Claudia Tienan. The duo released a self-titled album in 2006 on their own label, Airday.

The Ramones officially disbanded in 1996 after releasing 21 studio, live and compilation albums. In 2001, Joey Ramone announced that he had been diagnosed with lymphoma and died later that year. Dee Dee followed him the following year with a drug overdose and Johnny Ramone died in 2004 of prostate cancer.

“After Joey’s passing, everything became just a shock,” Tommy Ramone told Rolling Stonein 2009. “Dee Dee’s was totally unexpected. After that, I was numb. Johnny, once he started getting really sick, we started to anticipate it. It was a long mourning, really. I compartmentalized the whole situation.”

From the Archives: The Ramones Are Punks and Will Beat You Up

In March of 2002, in the midst of those tumultuous times, the Ramones were inducted into the Rock and Roll Hall of Fame.

“When we were inducted in the Rock & Roll Hall of Fame, it meant a lot to us,” Ramone told Rolling Stone. “As contradictory as it may sound for a punk group to be getting an award like that, it mattered a lot to us because we knew we were good for the past 25 years or whatever. But it was hard to tell because we never got that much promotion and the records weren’t getting in the stores. We were kinda confused about how good we actually were. We thought we were good, but we could have been deluded. But the fact that we were inducted on the first ballot seemed to say, ‘Oh, wow, it was real. We were as good as we thought we were.’ It meant a lot to us. ‘Wow, all that was worth it. We weren’t kidding ourselves.’ It meant something in that way.”