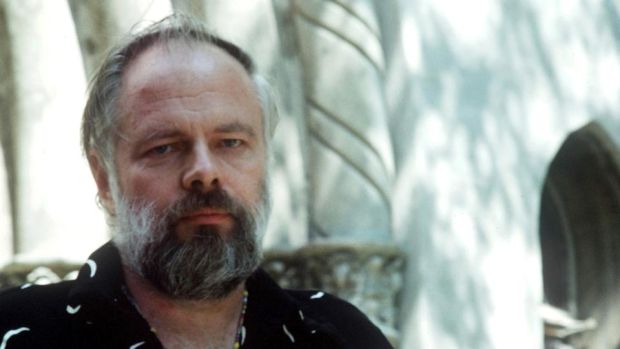 No matter who we are: we’re all under surveillance Even though an American is four times more likely to be killed by lightning, there’s no greater bogeyman in the Anglo-American body politic than the homicidal terrorist. It beggars belief that something so statistically insignificant (it has been suggested that the odds of death at the

No matter who we are: we’re all under surveillance

Even though an American is four times more likely to be killed by lightning, there’s no greater bogeyman in the Anglo-American body politic than the homicidal terrorist. It beggars belief that something so statistically insignificant (it has been suggested that the odds of death at the hands of a jihadist, or the like, is one-in-20 million) has been manipulated to trump fundamental freedoms – not just in the US, but globally.

No matter that salt, sugar and fat contribute to a one-in-467 chance of dying from heart disease, or that, approximately, ten times the number of people that died in 9-11 are slain annually as a result of gun violence – it’s counter-terrorism that sets the real agenda. Its counter-laws (laws that repeal the rule of law) have been used to explain away indefinite detention, extrajudicial assassinations and torture – sure signs of a tyrannical order.

Whistleblower Edward Snowden’s recent leaks to The Guardian confirm that our everyday communications are marked with the electronic equivalent of original sin. With the assistance of corporations and contractors all of humanity’s data is being dispossessed of privacy and warehoused in RAF Menwith Hill and Camp William, Utah, and who knows where else. (Pretoria’s “bulk interception” equivalent is the National Communications Centre.) No matter who we are: we’re all under surveillance.

“We’re taking in individuals who have broken no law … because we get them first, before they can commit an act of violence. So the commission of the crime itself is absolute metaphysics. We claim they’re culpable. They, on the other hand, eternally claim they’re innocent.”

Dick anticipates former Secretary of State, Condoleezza Rice, who in defending detention without charge or trial at Guantanamo Bay stated: “you can’t allow somebody to commit the crime before you detain them”. A sentiment reiterated, in the aftermath of the Madrid train bombings, by the former British Home Secretary David Blunkett: “the norms of prosecution and punishment no longer apply”.

As two Australian criminologists Jude McCulloch and Sharon Pickering have argued, this mutation from post-crime criminal justice to pre-crime national security ends due process protections that safeguard the presumption of innocence:

The new paradigm relies on intelligence rather than evidence. It usurps open courts and vests verdict-like power with secret operatives. It politicises the police and the military not only because national security is partisan, but also inasmuch as terrorism is understood as “violence motivated by politics”. Much is, therefore, made of “terrorist-related” offences – even charitable donations can seem suspect.

Additionally, the national security agenda puts journalists and their sources that expose this shadow world in danger. The current US administration has sought to indict more whistleblowers for leaking information to the press than all previous governments combined: Snowden is the seventh such since 2008.

Although pre-crime has colonialist and counter-insurgency roots, its mission creep from George W. Bush and Tony Blair’s presidencies onwards has been exponential. Biometrics, CCTV, control orders, kettling, no fly lists, pre-emptive arrests, stop-and-search procedures, et cetera – all these now routine phenomena evoke the spectre of the crime that hasn’t happened. So, indeed, does the algorithmic practice of metadata. It links to the most chilling example of pre-crime – one that according to the Washington Post Barack Obama’s White House is institutionalising – the disposition matrix:

At the hub of America’s surveillance state is the National Counter-Terrorism Centre. It’s a clearinghouse for information from all intelligence agencies. Provided with access to every imaginable database, the NCTC compiles a master-list of terror suspects using a classified information management tool to determine their “disposition”. Without affording the accused any legal recourse, the Centre then recommends to the White House a list of targets – including those to be killed by drones. Former constitutional lawyer and Guardian journalist, Glenn Greenwald, describes the NCTC as a “body that analyses who you are and then decrees what should be done with you, how you should be ‘disposed’ of, beyond the reach of any minimal accountability or transparency.”

What’s even more egregious – a truth stranger than Dick’s fiction in which the precogswould name the offenders – is that in many instances the drones’ targets are unknown. So-called “signature strikes” single out behavioural and demographic patterns – effectively Jo Schmoe terrorists. “You don’t necessarily need to know the guy’s name. You don’t have to have a 10-sheet dossier on him,” a U.S. official told the Wall Street Journal with reference to operations in Yemen. Another military functionary is quoted in The Council on Foreign Relations: targeted killing “is like swatting flies”.

Look empirically at the odds of an imminent threat and Americans and Europeans are as safe as houses. Privacy, which once meant privacy from the state, has now become privacy for the state. (Snowden: “Laws are meant for people like you or me – but not for them.”) Truth is treason. State crime is counter-terrorism. Democracy is a military tribunal. Humans are bug splat. The judge says: Obama, yes we can. Bring in the guilty man!