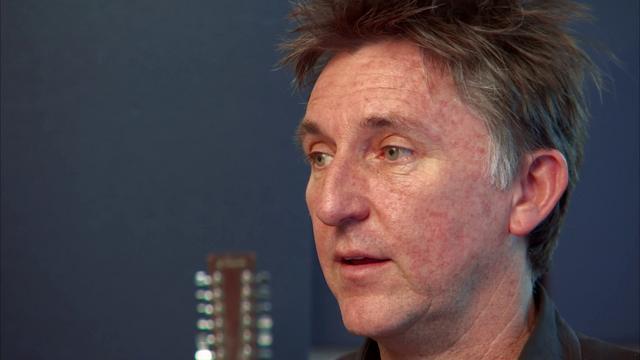 Warrick Sony discusses Mad Science, Juju, P.W. Botha, and being named “Sony”. When Rolling Stone came up with the idea for this column, they said they’d like me to do a regular feature called “Yesterday’s Heroes”, in which I would contact old South African legends and “road-less-travelled musicians” and ask them what they’d been up

When Rolling Stone came up with the idea for this column, they said they’d like me to do a regular feature called “Yesterday’s Heroes”, in which I would contact old South African legends and “road-less-travelled musicians” and ask them what they’d been up to lately.

To be perfectly honest, I wasn’t too crazy about being associated with the concept of “Yesterday’s Heroes”, but the idea grew on me. When I suggested I contact these guys by e-mail, Rolling Stone came up with an even better title, and the concept “Wish You Were Here” was born (credit to Pink Floyd, of course).

When I finally tracked down my first SA hero – the legendary Warrick Sony – on Twitter, he confirmed something I had been suspecting: like myself, old muso’s simply don’t do Skype and stuff like that. ”I’m not iPhoned and Blackberry’d”, Warrick wrote back.

I liked that. I liked the fact that Warrick, in spite of being one of the most technologically advanced human beings on the planet, had decided to take the road less travelled and stick to simple e-mail.

Yet, when I started typing my questions, and the replies came back, it was as if I could hear him talk…

Do you consider yourself a workaholic?

I don’t think it’s really work if you love what you are doing, so I suppose I’m a playaholic.

Back in the days of Shifty Records, while most of us were fiddling around with our guitars, you were already experimenting with quite sophisticated “sound design” and releasing ultra-weird recordings. How did you manage to be so far ahead of your time?
I always got it wrong. I grew up in Durban, and instead of doing the Zulu music thing like Johnny Clegg, I opted for Indian music with its funny timing and incense and difficult cross-legged positions. So when I should have been doing the beer and drugs and rock’n roll at Jamesons Bar in Joburg, I opted for unlistenable reversed feedback cymbals and cutting 1/4inch tape with a razor blade to make P.W. Botha sound more of a doos than he was.

SA Rolling Stone considers you a “mad scientist”. Do you see this as a compliment?
I am fuck’n MAD and I’m scientifically sensible. Yes!

Apart from your work, what is your domestic set-up like? Do you drop kids at school? Do you drive a family car? Or are you one of those old loners, like some ex-rockers I know, who just stare into empty space and scowl over your ashtray?
I bought a house in Cape Town near my kids’ school so they could walk. My Toyota Camry blew up, so I catch a train in to town where I work at Milestone Studios composing for movies, etc. But I write lyrics on these journeys and have a whole album of new  three-minute songs!

It is a strangely scary album, I agree – there is a duet with Lesego (Minority Report) which is a recreation of a true event of waking up and hearing someone downstairs stealing your stuff and armed with a knife. Like a lot of my work, it deals a lot with the ever-present South African fear. This is the scariest thing I’ve ever done.

On Kaganof’s blog, you remarked that “if the ruling party were to lose an election, the losers would resort to civil war”. Are you still that cynical about SA politics or do you perceive a rainbow at the end of the tunnel?

It’s funny, but I’m moving towards the opinion that we are fairly irrelevant in the grand scheme of the planet. Yes I do think that if the DA won an election, there would be the sort of fallout that we’ve seem in Ivory Coast or Congo or Sierra Leone, etc., etc., but this all pales to insignificance – Juju is a blip on the radar of the global fuck-up we are facing.

One of the best decisions you ever made was to change your surname from “Swinney” to “Sony”. That sort of spelled out your entire life in terms of sound design! Is that now the official name on your passport, etc., or just a professional pseudonym?

I made it Sony because I was the only Swinney in the phone book, and the army were looking for me for camps – I also liked Sony creations. Today I’d be Warrick McApple!