How The SA Hip Hop Awards Beat The Fails

‘RMG calls the show “South Africa’s version of the BET Hip Hop Awards” but er, let’s not gets too ahead of ourselves now…’ Off the dome, there are mad reasons I could raise on why the second annual South African Hip Hop Awards [SAHHAs] sucked. Firstly, they started more than two hours late and secondly,

‘RMG calls the show “South Africa’s version of the BET Hip Hop Awards” but er, let’s not gets too ahead of ourselves now…’ 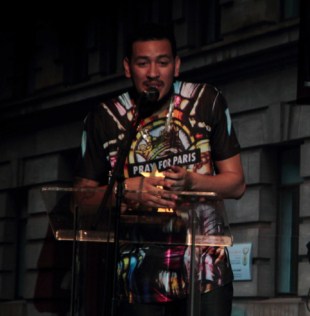 Off the dome, there are mad reasons I could raise on why the second annual South African Hip Hop Awards [SAHHAs] sucked. Firstly, they started more than two hours late and secondly, the VIPs and ordinary guests loitered around the theatre, waiting for the show to start. They also finished at 2am, which inconvenienced those who had to go to work the same morning.

But despite the negatives, the event was still kind of successful.

Here are a few reasons why the 2013 SAHHAs were dope, despite the blunders:
After waiting for more than two hours for the show to start, the audience’s patience was sorely tested and tempers were wearing thin; an angry mob would have trashed the place demanding their money back. But thanks to the the showmanship of emcees/comedians J-Boboza and Pule ‘The White Skhotane’ we eventually simmered down and forgave the organisers, Ritual Media Group (RMG).

I was totally weirded out when a coffin was bought out on stage and Pule did the whole skhotane thing by pouring Ultra-Mel custard all over it. But the crowd breathed a sigh of relief when J-Boboza emerged from the coffin (alive) and the two proceeded with their gags, which included dissing Tuk’s fledgling rap career and advising former Yo.Tv presenter and beatmaker Psyfo to stick to what he knew best – which isn’t rapping (ouch!).
Tickets were sold out! And that’s a bloody good thing to hear… the only time you ever get to hear of a hip-hop gig selling out in this country is when an international rapper is the headline performer.

The small theatre which takes around 400 people was quite cramped and some even stood while others just sat on the flight of stairs leading to the back rows; clearly RMG needs to consider a bigger venue next year.

So Mr Fresh to Def Da L.E.S emerged on stage with his new single “Fire”, accompanied by pole-dancer Diamond, so scantily dressed even Smiley Virus would do a double take. I’ll never forget how she pulled herself all the way up the pink pole and crashed down on the floorboard with a split, using her exposed buttocks like bouncing airbags to cushion the fall. I’ve never seen anything like it in any live hip-hop performance and am surprised nobody threw money at the girl. By the way, “Fire” has all the hooks to be a banger this summer.

When Pule and J-Boboza brought out a shirtless Rick Ross, the guy sitting next to me got so excited he nearly jumped out of his seat. Alas, it wasn’t the real Rick Ross – just an identical lookalike, right down to the beard, saggy man-boobs and even the trademark grunt, huh! If the lookalike, whoever he was, had tattoos all over his body I swear the audience would’ve had a hard time believing he wasn’t the real deal. Combined with J-Boboza and Pule’s antics, these three characters had the entire theatre roaring with laughter.

Thirty pyramid-shaped SAHHA trophies were awarded to the respective winners of the 30 categories. These included all the elements of the art form: graffiti, rap, DJ’ing and dance, along with nine categories dedicated to the “king” of each province. Ghetto Ruff boss Lance Stehr won the Honorary Award, DJ Dimples won three awards, while HHP prodigy Casper Nyovest scooped four Pyramids, more than any other nominee.
The SAHHAs were riddled with embarrassing technical glitches. I lost count of how many times the sound inexplicably cut out whenever the announcers or emcees were on the mic. And there was the time when they screened The Corner, a pre-recorded cypher showing emcees rapping, yet the disc was so scratched that when it was played back, the video was completely inaudible; some audience members could be seen covering their ears to block out the noise.

RMG calls the show “South Africa’s version of the BET Hip Hop Awards” but er, let’s not get too ahead of ourselves now; maybe we could say that when the ceremony is no longer run on a shoestring budget. Nevertheless, the SAHHAs are exactly what SA’s fractured hip-hop community needs – unity.

SA hip-hop has truly come a long way; but we still have a long way to go.