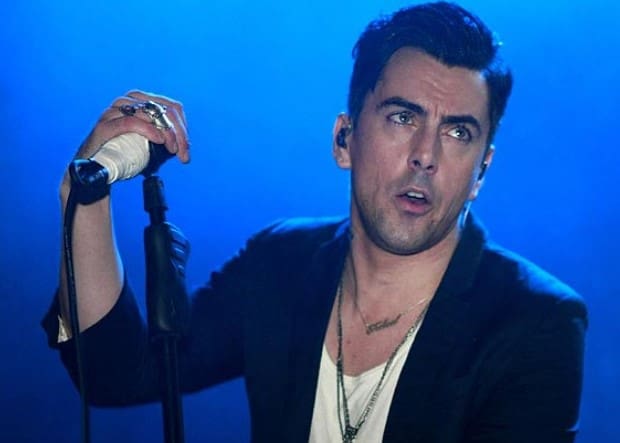 The two women who aided Watkins in child sex crimes are also found guilty An investigation uncovering “the most shocking and harrowing…evidence ever seen” – one involving the gruesome attempted rape of an infant just months old – has resulted in a 35-year jail sentence for Lostprophets frontman Ian Watkins. The announcement came on December

An investigation uncovering “the most shocking and harrowing…evidence ever seen” – one involving the gruesome attempted rape of an infant just months old – has resulted in a 35-year jail sentence for Lostprophets frontman Ian Watkins.

The announcement came on December 18 when Watkins, 36, was found guilty of committing a string of child-related offences, including attempting to rape an 11-month-old baby boy. Cardiff Crown Court Judge Mr. Justice Royce sentenced Watkins to be jailed for 29 years, and then spend a further six years on licence (police supervision).

Watkins originally claimed after being arrested last month that he could not remember the abuse, which was also described as “depraved”, because he was high on crystal meth. However, the graphic details were revealed during the hearing, which began with evidence from his laptop, starting with the password “Ifuckkids”.

Information from Watkins’ computer proved that he was guilty of conspiring to rape a child, three counts of sexual assault involving children, seven involving taking, making or possessing a total of 90 indecent images of child abuse, and possessing 22 extreme pornographic images involving a sex act on an animal, according to The Guardian.

Two women, who are the mothers of the children he abused and known only as Woman A and Woman B (for the children’s protection), admitted in their pleas to having sexually abused their own children at the behest of Watkins.

Woman A and Woman B were sentenced to 14 and 17 years in jail, respectively.

According to reports and live updates from the trial, made by The Huffington Post UKand Wales Online, the footage provided by Watkins’ computer reveals the disturbing truth. Here’s part of the report:

“The charges included sexually touching a one-year-old and encouraging one crazed groupie to abuse her own child during a webcam chat on Skype. Detectives successfully downloaded the recorded footage, 45 minutes long, in which Watkins talks about how they were going to use the baby for sex.”

“In the footage, Watkins is seen pleasuring himself and refers to the woman and her baby as his ‘slave duo’. The pair also discusses looking after the child as it grows up and making it have sex with animals and take drugs. The child’s mother, speaking to Watkins, also refers to her baby as ‘your little fuck toy’. At a later date she sent him a picture of herself having oral sex with the baby.”

Woman A — who literally lacks an identity in this article — was only 17 when she began a sexual relationship with Watkins. The singer, who was twice the age of the teenager, filmed their sex sessions and injected her with heroin. They plotted ways to abuse her child, then 11 months old.

Now 21, she has a tattoo on her chest dedicated to Watkins – an image of hands touching to form a heart with his initials inside.

Woman B, who was 25 at the time, obeyed Watkins’ instructions to abuse her child. On the tape, they discussed plying children with drugs to make them subservient.

Another account involves a separate girl, a 16-year-old virgin, who appeared on some of the tapes. She contacted Watkins and agreed to have sex with him, then flew from Boston to New York and booked into a hotel – with a schoolgirl uniform he had asked her to bring along. They are then filmed having oral sex before he asks her: “Do you like being my underage slut?” He finishes by urinating on her face and telling her to “drink my piss”.

There’s something strangely fascinating about the women in Ian Watkins’ life — Woman A and Woman B, other crazed fans and his former girlfriend, Joanne Majic, who first reported the rock star to police four years ago but was initially ignored.

Maybe it’s precisely because we don’t know the identities of Woman A and Woman B, that makes our curiosity about their story so compelling. What were they thinking when they met Watkins, and saw him for who he really was — beyond the celebrity, rock-star façade? How did they come to the point where they committed these macabre acts, what the judge described as “the greatest betrayal a mother could do”?

Woman A’s attorney, Jonathan Fuller, told the court: “She sacrificed her own moral compass so she could sustain a relationship with a man she was obsessed with.”

Celebrity obsession is not a new phenomenon. There are the Beliebers, the One Directioners, though their eccentric behaviour is harmless. Passionate fans in the past have gone too far (at The Who and Rolling Stones concerts, for example, where people have died), but that was largely due to overcrowded venues and less about a rock star’s influence.

How, then, did Watkins manage to persuade these two girls to “sacrifice their moral compass” that would result in them getting two of the longest sentences ever passed on female sex offenders?

Research has shown that the less connected people feel, the more they turn to celebrities for validation.

Taken to its extreme, it may well be justified to revisit the case of Charles Manson and his infamous “Family”. Their actions sprung from Manson’s obsession with The Beatles, and his belief that the White Album (more specifically the song “Revolution 9”) was predicting a revolution between white and black people in America. Was he not considered a super fan?

And what of the manner in which Manson, a musician himself, was able to use his own charm and manipulation to convince members of the Manson family to murder Sharon Tate and others. Manson was the hero-worshipped idol of the Manson family and his fatal attraction has never fully been explained – what makes Manson and Watkins such persuasive individuals, inducing the women in their lives to commit these crimes?

According to psychologists, celebrities tap into the public’s primal fantasies and base emotions, lifting people from their everyday lives and making them believe anything is possible.

Research from the University of Calgary found that 60 percent of college students admitted a celebrity had influenced their beliefs, attitudes and personal values. The results of the study found that attachments to celebrities can significantly shape identity development.

Another study, Adolescent Idolization of Pop Singers: Causes, Expressions, and Reliance, concluded that idolisation is a required element of youth culture: “Idolization of pop stars has unique characteristics for adolescents. It provides a basis for self-expression, the construction of self-identity, and the achievement of independence.”

This idea that idolisation is a required element for fans is problematic, however, because too much responsibility is placed on celebrity figures. When younger fans don’t have a secure identity, or a family or other support system, they look for that in anyone who appears able to provide it; they look desperately for people to follow, for a purpose in life. Over-enchantment with the cult of celebrity can eventually become so obsessive as to replace the value systems normally represented by spiritual agencies like religion.

As the two conspiring women involved in the Watkins case remain anonymous to the world, it’s also unclear what their state of mind was at the time of crimes. But it begs the question – who really are our favourite celebrities and how far will we go for an infatuation?

The other members of Lostprophets announced the band was splitting up last month. They have emphasised that they knew nothing of Watkins’ crimes.