Savage Rocks: Local is Not Lekker

Lots of our SA bands are still stuck in the mindset of local is lekker, and trying very hard to sound like B and C-grade versions of established bands. My name is Jon Savage. It is important to note that one of the most famous music journalists in the history of the world shares the

Lots of our SA bands are still stuck in the mindset of local is lekker, and trying very hard to sound like B and C-grade versions of established bands. 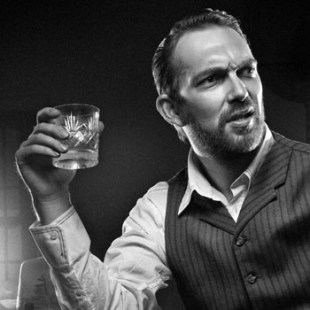 My name is Jon Savage. It is important to note that one of the most famous music journalists in the history of the world shares the same name.

He has written some of the most important rock biographies ever (The Kinks Official Biography), the definitive book on the history of punk (England’s Dreaming), has conducted some of the most important interviews ever (the lost interview with Kurt Cobain), been involved in some iconic documentaries (Joy Division), and designed a front cover for the Manic Street Preachers.

I am not him. I am “the other Jon Savage.” He is www.jonsavage.com. I am jonsavage.co.za.

I was the singer in the South African band Cassette, for 6 years. We toured the world, played thousands of gigs, had lots of hit singles, sold lots of albums and did pretty well. I am currently a rock DJ on 5FM – SA’s national youth station – on Thursday Nights, broadcasting a specialist indie rock show from 10pm. I also have a free downloadable podcast that is designed to help South African bands figure out how the music industry works both locally and internationally.

I am part of indie underground Afrikaans cult band, The Buckfever Underground. I co-own Pocket Love Studios – a studio that specialises in original compositions and film scores for TV, commercials, films, live theatre and events. I am a producer, working with bands and artists such as Arno Carstens and Freshlyground. I have a new band called Kite Rider. Oh, and a side project called Simply Dead. Ah yes, and a folk band with Jane Breetzke, my fiancé, called Hummingwolf. And a punk band called Stone Cold Jane Austin.

And I’m as opinionated as hell. I just can’t help myself. There are no filters in my head. If you read something I write, let me guarantee, it is actually what I’m thinking, not some attempt to be controversial, or trying to be rock n’ roll, or trying to show off how progressive I can be.

Local is NOT! FUCKING! LEKKER! This whole campaign to say that SA music is the best is total and utter shit. I understand where the campaign came from – an attempt to make us proud of our local music. But in my opinion it has been BAD for the industry. Maybe 10 or 15 years ago, it made some sort of sense. But by 2011 our industry has come a long way, and we really do have loads of potentially international-breaking artists. It’s about time that everyone should be told that LOCAL IS NOT LEKKER. LEKKER IS LEKKER! Good music is good music.

Personally I find it offensive to have a separate chart for SA music, a separate section for local music in music stores. Why? Because it informs the consumer that we are NOT in the same category as Coldplay, Drake or Wolfmother. Some of our SA bands are either ready to compete (Zebra and Giraffe or HHP), or building up to compete (Shadow Club or AKA).

But lots of our SA bands are still kak (I think I’ll leave this bracket blank if that’s ok), stuck in the mindset of local is lekker, and trying very hard to sound like B and C-grade versions of established bands. I blame that campaign for this! So let’s act like we’ve grown up! Let’s break down the walls! Let’s revolt! Lets hoist our fists mightily in the air and announce together “LOCAL IS NOT LEKKER!”